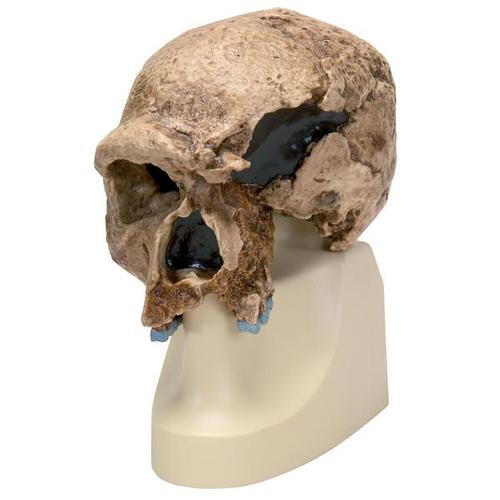 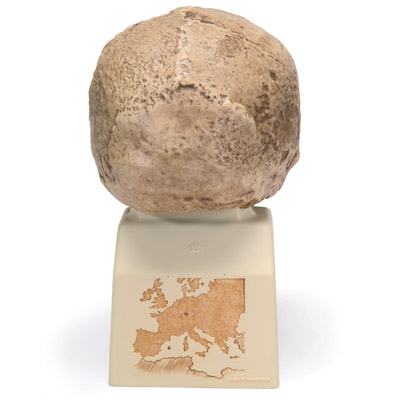 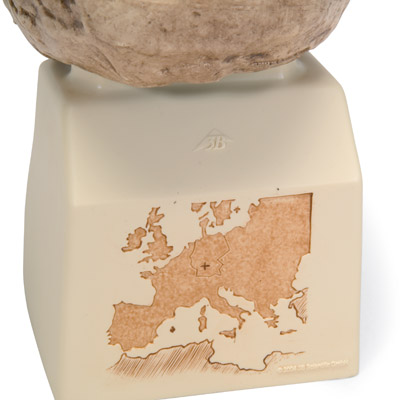 This product carries a 5 year warranty
See all bundle offers
Ask a question
3B Scientific's range of anthropological skulls has been newly reissued in its entirety. The results are plain to see. The Steinheim skull model is the finest casting produced from scientifically made copies of specimens featured in the collection at the Institute of Anthropology and Human Genetics for Biologists at the Johann-Wolfgang-Goethe University, Frankfurt/Main, Germany. This means that all the details in each anthropological skull can be reproduced absolutely accurately. This Steinheim unique replica is supplemented by having it displayed on a pedestal that contains a relief map of the geographical area where the specimen was found.

This Steinheim skull model is a detailed casting from Berkhemer's reconstruction (1936, skull with no jawbone). The Steinheim replica was modeled after an original skull from a forerunner of Neanderthal man,speices Homo (sapiens) steinheimensis. The original skull from this ancestor of modern humans is aged between about 25 and 35 at time of death and was discovered in a gravel in Steinheim, southern Germany, in 1933. Forerunner of a Neanderthal man or an ancient Homo sapiens. Discovered at: a gravel pit near Steinheim an der Mur, Germany Discovery: 1933 Age: approximately 250,000 years

Anthropology Set
by 3B Scientific

Mitosis Model
by 3B Scientific

Animal Cell Model
by 3B Scientific

Vibration Generator
by 3B Scientific